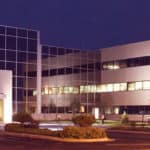 The Owner-Operator Independent Drivers Association expressed disappointment that the Department of Labor (DOL) will
withdraw a rule that would have provided owner-operators additional certainty about their worker classification status.

The “Independent Contractor Rule” previously issued on January 7, 2021, would have clarified existing standards for worker classification under the Fair Labor Standards Act. This rule would have worked within existing criteria, instead of making radical changes to employee and independent contractor classification.

Under the new rule, OOIDA believes that owner-operators could have generally continued working under their existing arrangements with carriers without fear of being reclassified as an employee.

“The Department’s final rule, for the most part, would have helped provide new certainty and clarity to owner-operators. While there were certainly some provisions that needed to be fixed, this could have been done without
the wholesale withdrawal of the rule,” said Lewie Pugh, executive vice president.

Because the rule never took effect, OOIDA says nothing should change for truckers as a result of this action. The Association will be watching DOL and Congress closely as there is continued interest in the laws and regulations affecting worker classification.

“As we’ve seen with the disastrous roll out of the ABC Test in California, the implementation of one-size-fits-all rules for worker classification just won’t work in the trucking industry,” Pugh added. “The Independent Contractor Rule issued by the Trump administration would have provided some protection against this from happening on a national scale, and we’re disappointed that the rule is being withdrawn.”

OOIDA previously submitted comments to DOL on April 12, urging them to address specific problems in the final rule without fully repealing it.

Copyright © 2021 All Rights Reserved by OOIDA, Inc.
Questions and comments should be directed to: washingtonoffice@ooida.com